#LeapFrogs: Covering a lot of Miles

At this point in our trip, I expected us to be settling in a little more, but instead, we found ourselves speeding along and covering a lot of miles.

As we travel, I check several different websites regularly so we can visit some of the "must sees" wherever we are. I check RoadsideAmerica.com - sometimes for really wacky things, and other times, I'm surprised with something very special, like our visit to the Empty Cross in Kerrville. I also check TripAdvisor and do a general search for towns we're visiting.

Somewhere along the way, I learned that Bandera, TX was supposedly home to some of the best ranches in the world, and although our budget doesn't allow for a visit to a dude ranch, we decided to drive that direction to see the land. Then we saw Hondo on the map, and Tim said we had to go to Hondo, just because of the movie. But I discovered on Roadside America that there were some church ruins in Hondo, so we headed that direction. 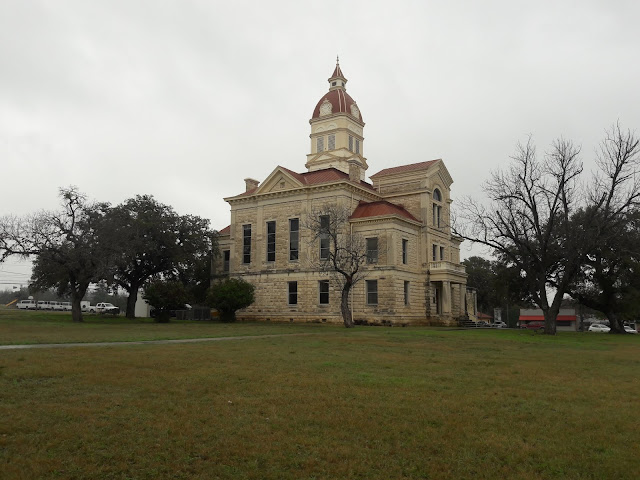 The gorgeous courthouse in Bandera seemed larger than the town itself. 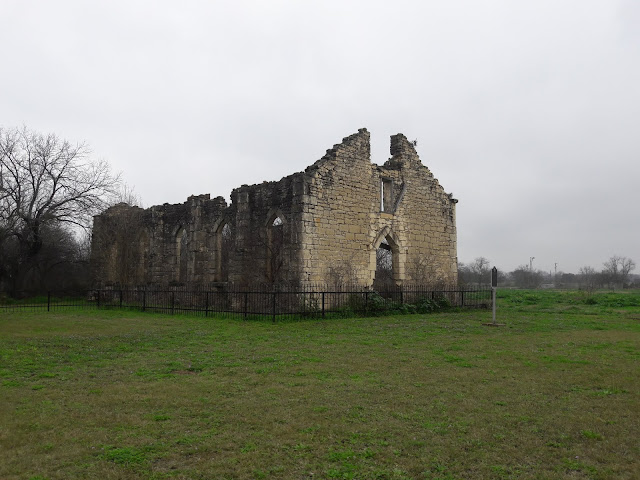 The ruins of St. Dominic's Church near Hondo. 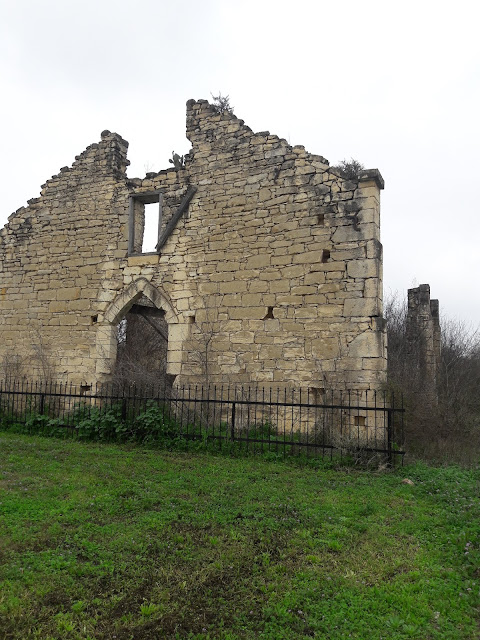 When I took this second photo of the church ruins in Hondo, I noticed something odd. 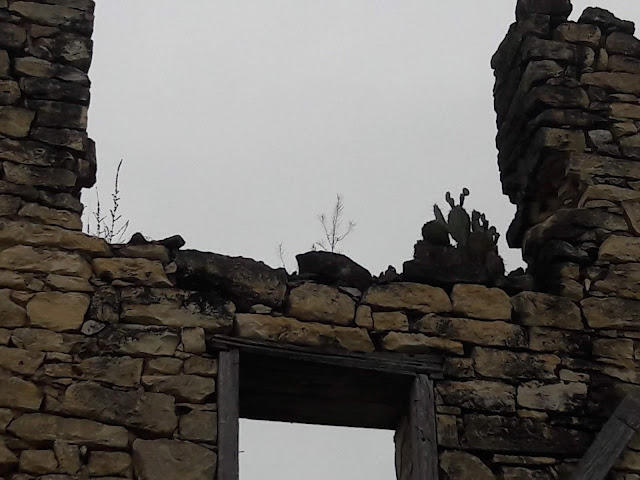 Cactus growing on top of the wall.

I learned this was also the original site of the town of D'Hanis. 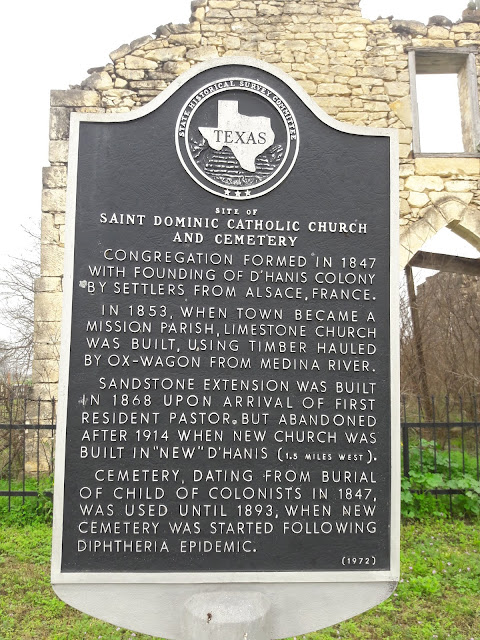 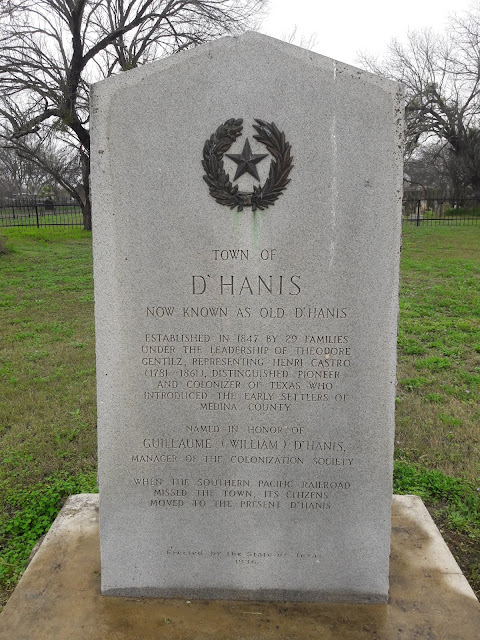 We continued westward and landed at a library in Uvalde so I could do some work.

Beautiful library, and the day was comfortably warm, but apparently they thought it to be hot, so they cranked the a/c down so much we froze while I worked. 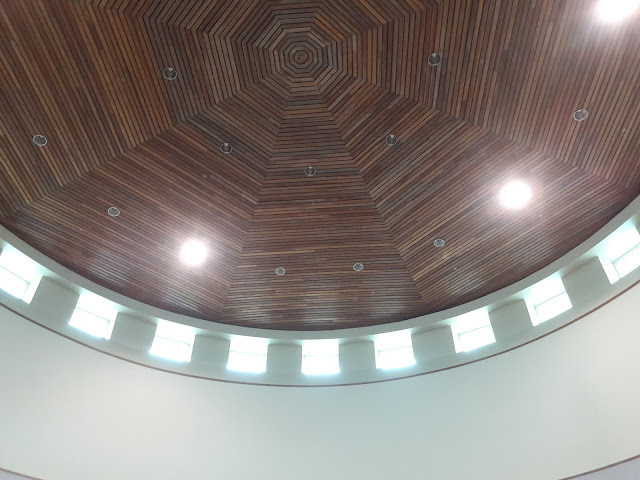 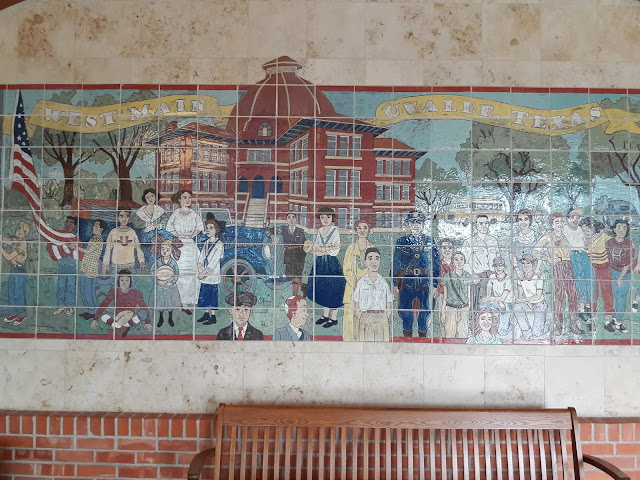 By mid-afternoon, we were famished and went hunting for some local food. On TripAdvisor, we found a local joint that specialized in tortilla soup and homemade gorditas. After freezing in the library, soup sounded great.

When we arrived at Live Oak Drive-Thru (I never saw the drive-thru, so I parked and went in to order), I ordered two soups and two gorditas. The gentleman told me, in broken English, "No Soup, it's Summer." I nodded - I understood his words. He was so convincing, it took me a minute to remember that it was FEBRUARY, and while it was a fairly warm day (60s, maybe), the cold was coming back the next day, so summer hadn't quite arrived. But no soup.

The gorditas, however, were divine! I should have taken a photo of the insides, but we dug in before I thought about it. Tim had the brisket and I had the chicken fajita - both "with the works." They were loaded with lettuce, tomato, onion, and avocado. While I was waiting on the food, a diner told me he loved the gorditas here because they're loaded but don't fall apart. He was right - they held together, and it was the homemade outer "bun" that made all the difference. I could eat those by themselves they were so good. Very different from the version of gorditas we normally eat. 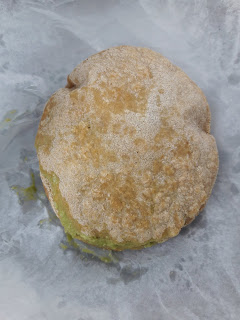 The diner alerted me to some action taking place not far from town that was leading to some heavy tension in the area, due to the caravan and the border crossing issues. He said things were probably going to get worse before they got better.

Tim and I talked about all he told us, and decided it might be wise for us to go ahead and begin our trek north.