Our first impression of Carlsbad wasn't very positive, but the more we explored, the more we found to love.

My favorite find was the Pecos River Village Recreation Center, which we discovered rather by "accident" (if you believe such a thing.)

We were in search of - and in desperate need of - showers. When I saw a sign for a rec center, we drove there to see what they had to offer.

In the parking lot, I was greeted by one of the employees and I asked if they had showers available. She said not at this particular facility, but there were showers in the bathhouses across the river from where we were standing - and still part of the city facilities. She then told me more about the Rec Center and invited us to come hang out any time we wanted. Later that afternoon, we did exactly that, and found the place to be an example of what other cities could/should offer. All generations use this rec center - young mother groups, exercise groups, elderly coffee clubs, teens, homeschool groups, homework clubs. 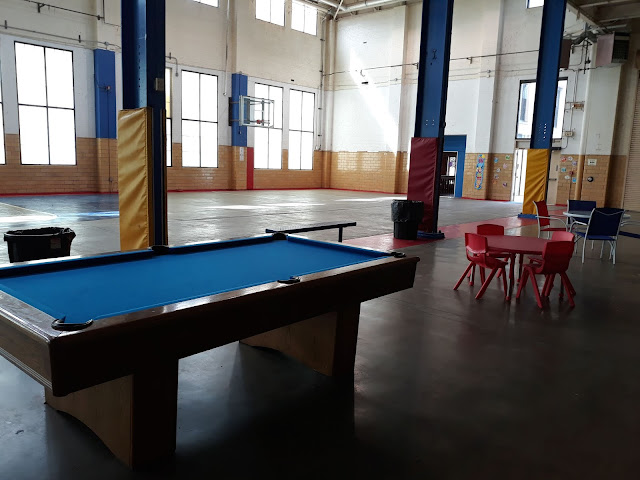 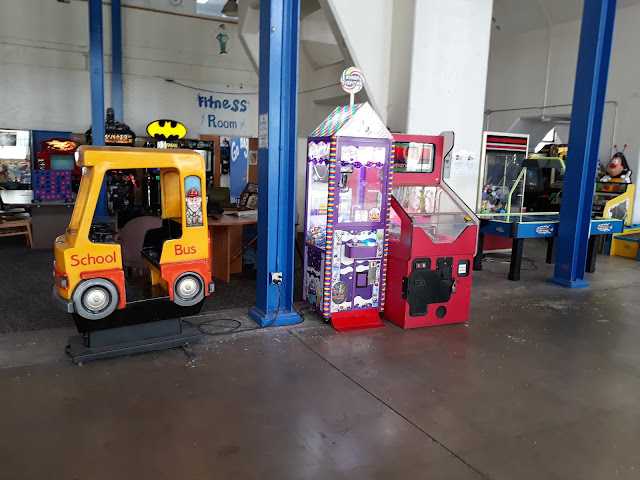 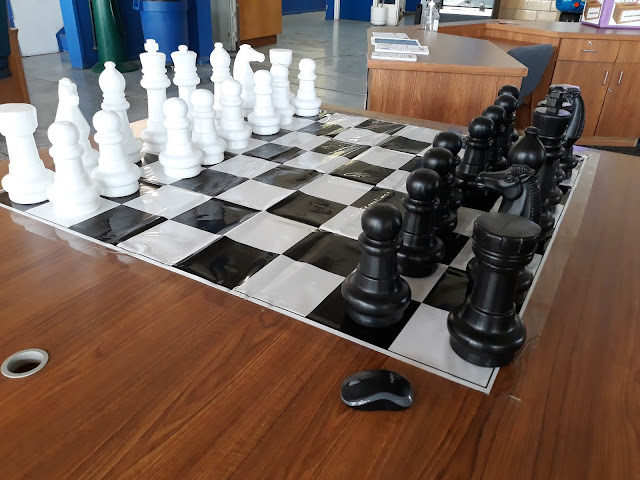 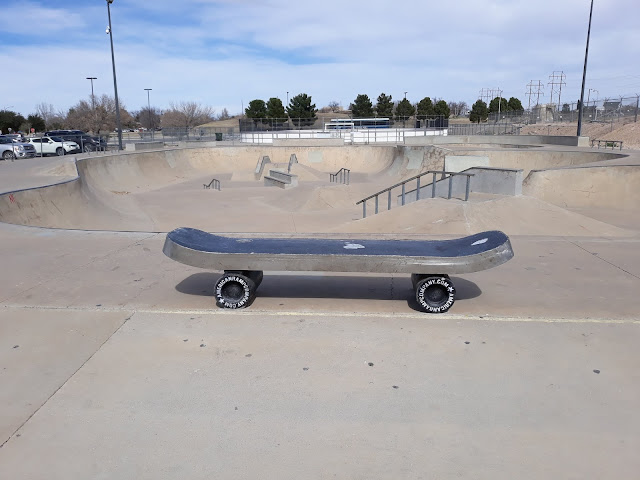 Tim took a shower in the men's restroom - cold water - but I didn't feel comfortable doing so - there were no doors or curtains - just a shower tucked into the corner away from everything else. It probably would have been private, but I'm extremely self-conscious, and did not want to risk anyone walking in on me. (I don't want to traumatize anyone!)

Next to the bathhouses, the city offers a water park that looks like great fun for warmer weather. The whole area on both sides of the river were maintained well and quite beautiful, even in the middle of winter. 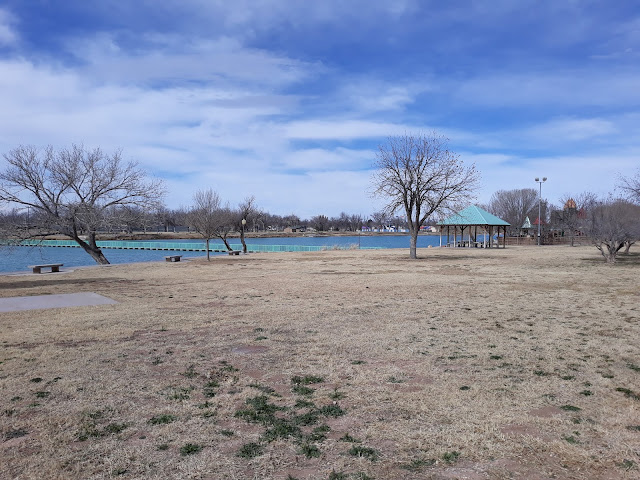 On one of our final days in Carlsbad, we finally drove out to the Caverns - a very long drive, with hard, high winds fighting us the whole way, which made me start watching the weather again.

Carlsbad Caverns was immense, which was expected. I hadn't thought about how deep in the ground they actually are, but learned moments before we got on the elevator to take us down.

Tim had been having more and more difficulty getting around, so I wasn't sure we could do the caverns at all, but I researched before we went, and learned that we could take the elevator down into the Big Cave, and could walk as much or as little as we wanted at that point.

We went as far as the shortcut, which took us about an hour to make the loop. Tim had to rest at several points along the way, but there was only one area that was challenging (a slight incline), but the rest was fairly easy to maneuver.

We both grew up in Alabama, going to Cathedral Caverns on field trips, and both of us had been (separately) to different caverns in Virginia, so the caverns themselves weren't as fascinating for us as they probably were for anyone who'd never seen caverns before. But the size amazed us both, and my imagination created all sorts of stories about past, present, and future generations getting trapped in there, and wondering how they'd work their way out. 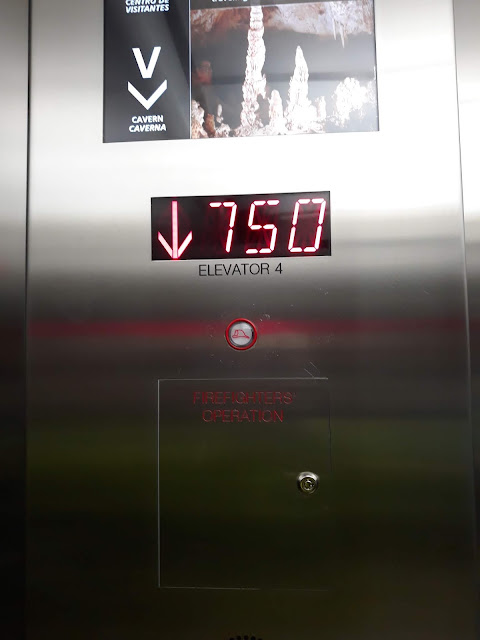 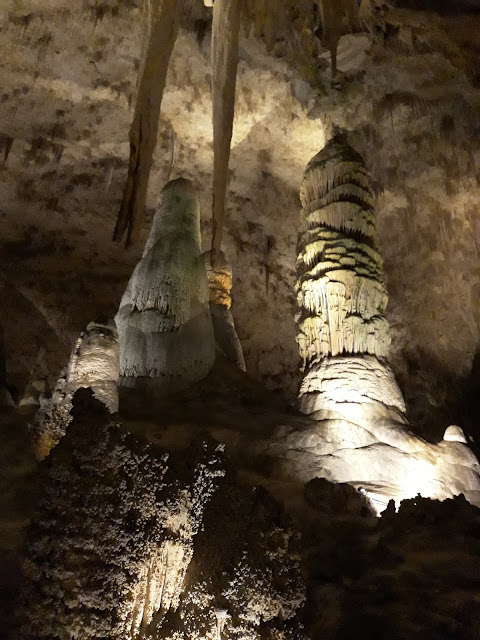 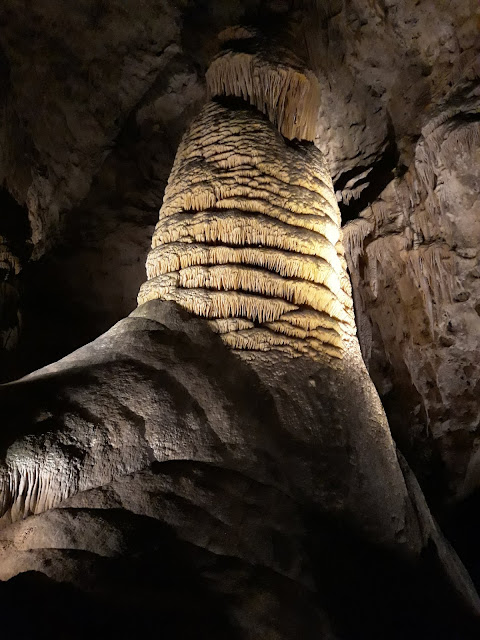 Tomorrow, I'll share my favorite discovery in Carlsbad - one we almost missed!