Feels like forever that it took us to get out of Texas. Now I have a confession. The night before we crossed the state line, I realized I was afraid of New Mexico. I have no idea where that fear comes from - I've longed to go to Santa Fe forever, and I've never really been afraid to go anywhere else, so being afraid of New Mexico sure seems ridiculous. One of my friends teased that it was like entering a foreign country, and I recognized some of the same feelings I had the first time I went to Europe. I was experiencing fear of the unknown for the first time since we left home.

After roaming all over Odessa, we continued pressing west, stopping to car camp overnight at a rest stop in Pyote, TX. The rest area was pretty and quiet, but after the previous rest stop skunk, I was cautious about what we might discover here. But this time, we had a different kind of visitor: bunny rabbits! My photos are too grainy to share, but we watched two bunnies play and hop and chase each other for about an hour in pure delight.

This particular rest area was a great one. They offered educational information in a fun way for families. 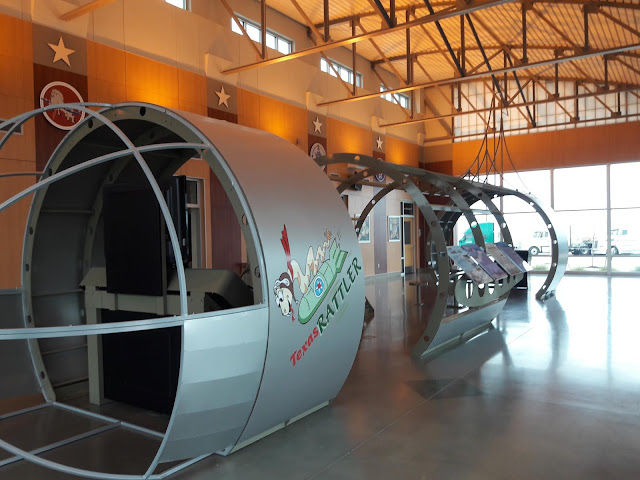 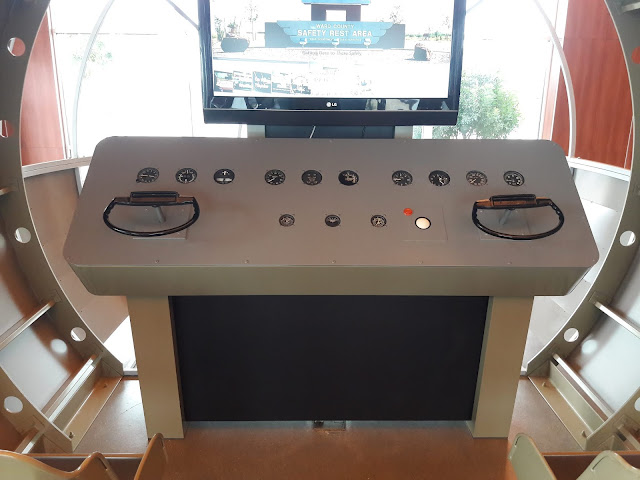 The next morning, we intended to explore Pecos a bit, but instead, we grabbed a quick breakfast, and headed onto Carlsbad.

Friends had told us we should enter the state from the northwest side, instead of the south, but since we were already south, we, unfortunately, didn't take their advice.

Oil fields surround Carlsbad. The land is scruffy, and the air reeks of oil and gas. The roads leading into Carlsbad from the south are under construction, so the first "face" of New Mexico was not a positive one for us. But we stayed in town for three days and discovered quite a few treasures.

But first we had a couple of maintenance issues we needed to address.

My phone - and camera - began giving me a lot of problems, and since it was an older phone, I was also running out of space. As soon as we got to Carlsbad, I found a Metro store, and upgraded my phone (for only the $15 activation fee, thanks to one of their great promotions!)

And tires. We sorely needed new tires. We'd left home just shy of needing them, and after all the miles, it was time. We'd been told as long as we were at 5/32, we could hold off, but we knew the tread was less than that, so we shopped around and ended up at Walmart, where they changed them out within an hour. We had them check the old tires, and after measuring, they said the best tread we had anywhere on the tires was a 3/32, but that much was rare. They said most of the tires were at 2/32 or less - and that means BALD. So timing was perfect.

I also had work waiting for me, so we found the Carlsbad library and spent a couple of days there trying to get caught up. I also spent some time hunting for some free camping sites in the area, primarily through freecampsites.net.

We still hadn't purchased a new tent, so while we were waiting on our tires, we checked out their tent selection, and found one on sale that was much like the one we lost in Texas. We decided to give it another try, because we needed to be horizontal again.

After the car was ready, we drove out to one of the free campsites I'd found. It had a toilet and picnic tables, so I thought we were good to go. But once there, we discovered there were no wind barriers, and the camp sat on a small hill. With a wind storm coming in - and blowing sand - we decided not to stay. But I sure loved the way it looked. 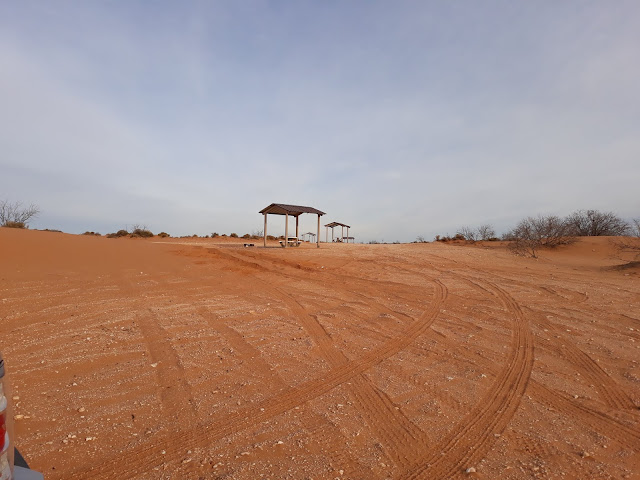 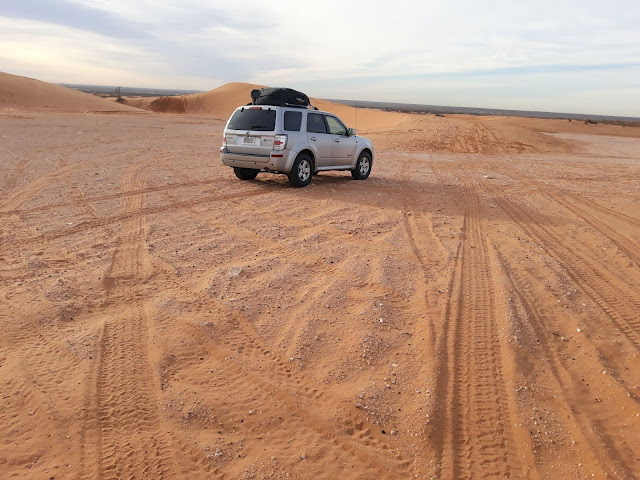 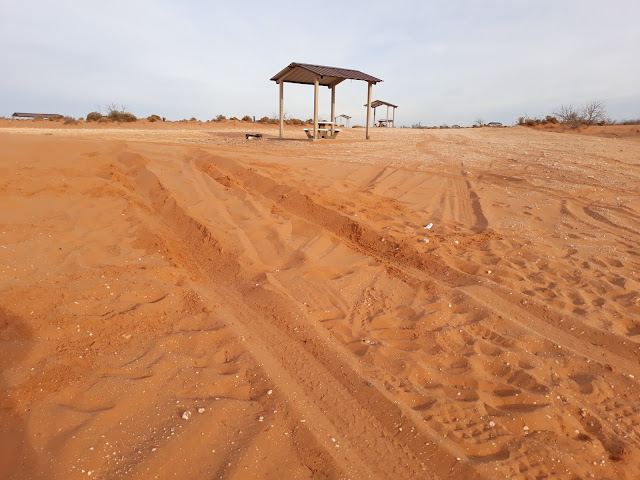 Grateful for the new tires when I looked back to see the tracks we made!

Definitely not the Georgia red clay we're used to. This was pure sand! 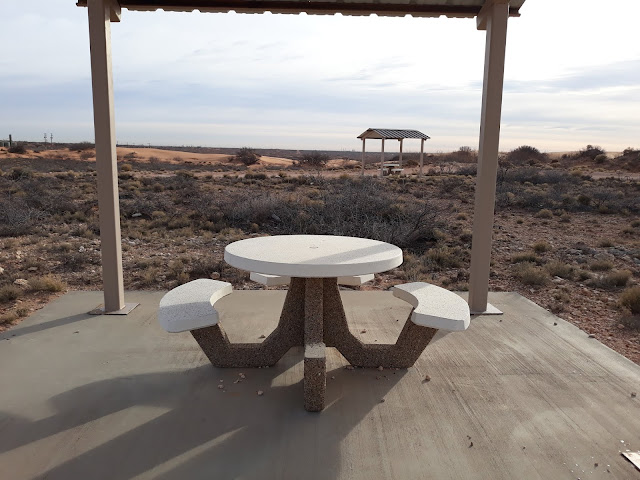 We then went out to check out a nearby state park, but they were full, so we car camped during our stay in Carlsbad.

Tomorrow, I'll share some of my favorite discoveries in Carlsbad.